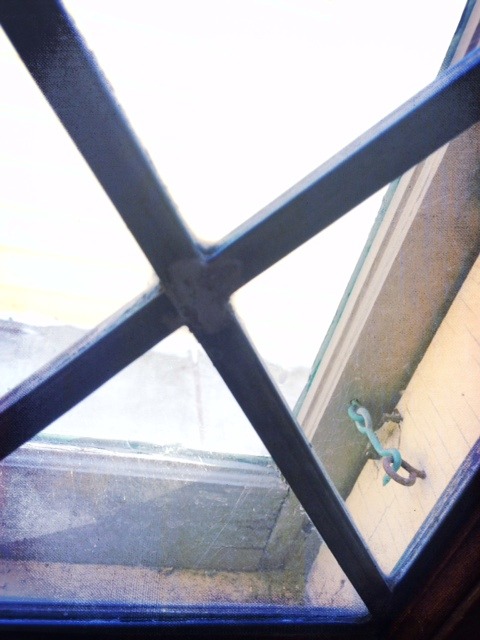 I have hiding places for many things. I squirrel items away I think I will remember where I put them. I don't. They are horrifically random too. Worse, my daughter finds them. She either knows me really well or she thinks like me. Maybe a little of both. Crapola.

Our kitchen is under construction right now and has forced us to tackle some other projects as well. Painting is a biggie. For some reason, I put a painting roller underneath the couch--because that make logical sense. She found it in .5 seconds the other day.

Last night she also found the letter to Santa that I thought I mailed. My husband started snort giggling. Code for, ' How are you going to get out of this one?'

She didn't seem too upset by my half-lie that we mailed the 'good one.' ( Which, I honestly think I did.) However, this one was in an envelope too, with identifying features such as Christmas stickers and doodles of Rudolph on it. She sort of read it, told me her handwriting was really messy, then commented this was probably the reason why she never got the Beauty and the Beast DVD--Santa never got it. I felt reallllly guilty for about 10 seconds, but then she found her letter 'H' paper from school in the recycle bin. Along with many other school sheets. Gah. Que tears. Beautiful. 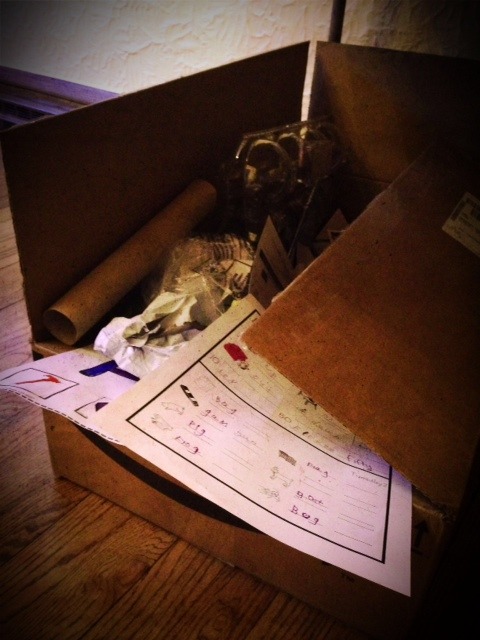 At this point, my husband was guffawing. Noisily pointing. Sarcastically coughing.

This was an hour after I got the hyperventilating, ridiculous sobbing from my son about a stuffed toy from a Claw Machine. I might have gone a little nutzo about a month ago and took several bags of 'specials' to Goodwill. The purple minion may or may not been in the bag. ( It was. I told myself he wouldn't remember it. Or want it.) He of course remembers with disgusting clarity the exact way he procured the purple puff. Like he was teaching a cooking class...'Step 1...Step 2..'

He totally knows I gave it away too. He keeps telling us we need to go back to the water park, the game room and play the claw machine by the Spider-Man motorcycle ride.

As for recycled papers, I am going to revert back to my hiding them and tossing them late at night. The only problem with that, is we have a bit of a raccoon problem. We are scared to go near our trashcans after dark. I've never seen hubs run so fast as I did the other night. But, that's another story. Let's just say Ricky is winning.

Update: She just found this too. Litany of questions: 30 minutes straight. We. are. pathetic. 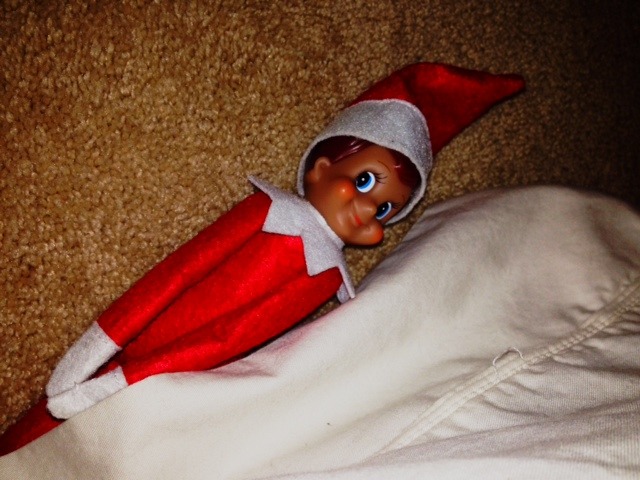