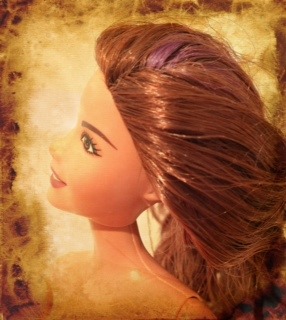 Yesterday was Barbie's birthday! You didn't receive the Facebook reminder? Tsk. Tsk. March 9, 1959, the doll made its entrance into the world at a toy fair in New York. Mattel scooped up that Barbie broad and the rest is history...to a tune of over over 3 billion dollars a year. Barbie has literally traveled the world, met countless friends, had a menagerie of pets, and done everything. No really, everything. She's a bit of a go-getter. Equestrian, Astronaut, Beach Bum, Boot Camper', Beauty Queener'--the list is endless.The fashion hair phase was the absolute best. That hair was awesome. Like a horse's mane, but crimped. I had only one Barbie, with some tacky-ass ,glow in the dark dress that was mangled by our dog. I really wanted a Jem doll, so I treated her badly. She was always sanctioned to the basement with G.I. Joe and friends. Sorry, Babs. But now, she is ready for her close-up,her re-do, her coming of age docudrama.
Live-action no less. Enter: Diablo Cody. 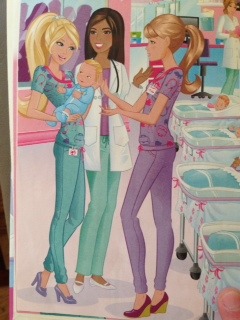 9. Barbie is color blind and relies on Garanimals to help her dress.
10. Have Scarlett Johansson play her. Why? Mattel's fashion designer back in the day was Charlotte Johnson. Um, perfect.
11. Have Barbie drive a Prius. Or an El Camino. Whatever feels right.
12. Cameos by Jem and the Holograms, Strawberry Shortcake, and Rainbow Brite.
13. They get in a truly outrageous fight about star tattoos. The Gummi Bears break up the fight.
14. Correct grammar would be nice. Girls are s-m-a-r-t.
Capitalization is kinda important... 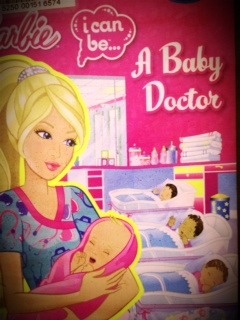 15. No perma-grin. Snarls are ok every once in awhile.
16. She has a crush on bad boy Megatron, from Transformers.
17. Her shoe size is really an 8, but binds her feet to make them a 5.5.
18. She confesses to wearing a girdle, then Spanx for the last fifty years.
19. Make the Barbie mansion the set/house from Fresh Prince of Bel-Air.
20. She learns the Carlton dance.
21. Barbie forgives Ken,stops making him Nair his chest, and elopes to Fiji. Only after she finishes med school, opens up a nail salon and becomes an actuary.

Thank you for your time and consideration.